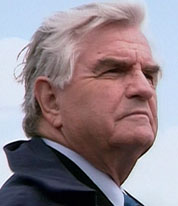 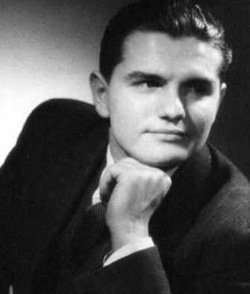 John H. Noble, born in 1923 in Detroit, comes to Dresden in 1938 to build up a camera factory with his father. Being Americans, the Nobles are exposed to the Nazi terror. With the end of the war 1945 and the arrival of allied Soviet troops, the Nobles believe themselves to be surrounded by friends. However, in 1945 the Soviets arrest both father and son without any explanation. The camera factory, by now having a world-wide reputaion, is expropriated. John is banished to Vorkuta. The Saxon state government declares 'Residence unknown'. For father and son a odyssey follows through the different concentration and working camps. He survives a hell which brought death to millions. In his desperate situation he is able through a map to break the spell of banishment.

John is released in 1955 and returns to the U.S.A. His book
"I was a Slave in Russia: An American Tells His Story" is sold 1.3 million times. He sees his mission in disclosing the consequences of the dictatorship and the contempt for mankind. John gives up to 1000 speeches annually. Because of his unselfish, life threatening rescue mission shortly before his release, he was elevated to knighthood in 1979. He comes to Dresden in 1990 to continue fighting for his camera factory, which he never gave up. However, the "Treuhand" business practices are blocking his success so far.