In 1979 John Noble suddenly received a letter from His Highness Aleksei Nicholaevich Romanoff. The writing requested John Noble´s approval for being initiated into the fraternity Sovereign Order of Saint John of Jerusalem / Knights of Malta. Romanoff had learned about the story of John Noble. John´s unselfish, life threatening rescue mission shortly before his release in Potma should receive its late recognition. On the 2nd of November 1979 John Noble received a knighthood from Prince de Boure in the presence of 400 fraternity members. 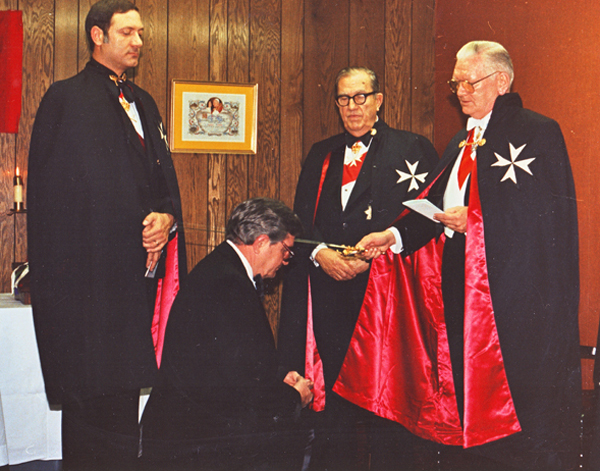